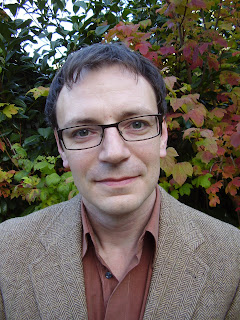 I was born and raised near Chicago, though my fascination with British history began early and very personally: my mother was English and I travelled there frequently from childhood onward, later living in London while completing my dissertation.

I have lived in Germany since completing my doctorate. Between 2005 and the end of 2011 I was a researcher in the Department of History at the Open University (Milton Keynes, UK); I remain a visiting research fellow there. Since January 2011, however, my main affiliation is at the Institute of European History (Mainz, Germany).

Along with The Most Remarkable Woman in England, I am the author of Violence and Crime in Nineteenth-Century England: The Shadow of Our Refinement (London: Routledge, 2004: preview available via Google Books) and have published several articles, essays and reviews on the history of crime, policing, violence and media, including in such peer-reviewed journals as

A complete list of my publications can be found here.

I was also academic consultant on the television documentary 'The Violent Highway', directed by Chris Durlacher, which was first broadcast on BBC 2 in May 2009.


If you want to get in touch, please send me an email at jcarterwood@yahoo.com.

Click on the cover to find the book at amazon.co.uk

What people are saying

'Sometimes life is better than fiction.' -- Tessa Hadley, in The Guardian

'Just for once, my crime book of the year isn’t a novel, but a factual account. ... A fascinating snapshot of interwar England, brilliantly brought to life.' -- Nicola Upson, Faber website

'I know that this book worked in a narrative sense because for most of the time I was reading it I felt a prickling at the back of my neck that I only get from a good crime book, whether true or fictional.' -- Kate Gardner, Nose in a Book

'...[A] pacy, scholarly and thought-provoking contribution to the genre ...quite simply an absorbing read.' -- Adrian Bingham, English Historical Review

'...[A]n engaging and suggestive analysis of the relationship between crime, culture, and politics in a formative historical period.... [I]t is hard to imagine a more thorough account of the processes through which crime became news.' -- Matthew Houlbrook, Media History.

'This book will be an invaluable aid to those interested in the history of criminal justice and British society in the 1920s.' -- June Purvis, in the Times Higher Education

'A vivid portrayal not just of one woman's fate, but of a society in transition. Highly recommended!' -- Andrew Hammel, Amazon.co.uk review

Find The Most Remarkable Woman in England on Facebook: https://www.facebook.com/PaceCase

In May 1928, Beatrice Pace, the widow of a Forest of Dean quarryman and shepherd, was charged with her husband's arsenic murder. Her trial in Gloucester in July that year was one of the greatest legal sensations in early twentieth-century Britain, generating almost endless newspaper coverage and heated political debates about the state of the British justice system.

On this blog, I will be posting updates about my forthcoming book, The Most Remarkable Woman in England: Poison, Celebrity and the Trials of Beatrice Pace (Manchester University Press), the first book to deal comprehensively with what was known as the ‘Fetter Hill Mystery’ and the trial to which it led.

So, if you’re interested in real-life mysteries, the histories of the British police and criminal justice system or the culture of the 1920s, you’ve come to the right place!

Here, I’ll also present details about my research, give additional facts about the case and provide background material about crime, policing, justice and celebrity culture in the inter-war period.

This is also an opportunity for readers (or potential readers) to ask questions and comments about the case and my take on it. More information is available on the blog to the left or on the pages listed above.

If you have questions about the book or related issues, please feel free to contact me at jcarterwood@yahoo.com